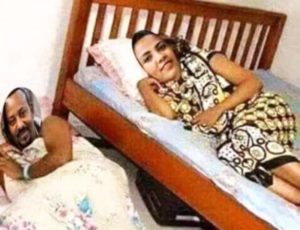 Two journalists in Ethiopia have been suspended by the state-owned news agency for publishing a photoshopped image of the prime minister and his wife in a bedroom.

The doctored image shows Prime Minister Abiy Ahmed lying on the floor covered with a duvet, while his wife, Zinash Tayachew, is on a nearby bed smiling.

The image has been trending on social media in Ethiopia since it was published on Monday in an article about the timetable for elections – expected in August.

The Ethiopian Press Agency pulled down the picture immediately and apologised.

Since coming to office in 2018, Mr Abiy has instituted wide-ranging political and economic reforms, including the freeing of political prisoners and opening up of the media.

But some activists and individuals have exploited the new-found freedoms to fan ethnic tensions and spread fake news targeting Mr Abiy’s government.

This has led the government to enact new laws to tackle fake news and incitement.

Search What You Need Here

Search What You Need Here